Jan 23, 2023: Luke Spence was selected as a semi-finalist for the Solo Instrumental category of The American Prize.

July 25, 2022: Dr. Spence was appointed to a two-year position as Visiting Assistant Professor of Trumpet at the SUNY Potsdam Crane School of Music. His appointment was featured on the International Trumpet Guild website. 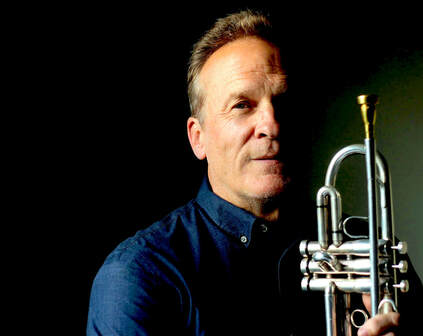 "The concept of instrumentalists performing vocal music goes back to the very origins of human music- making. Franz Liszt (1811-1886), who literally created the medium of the solo recital, would perform his own transcriptions of songs, including entire Schubert song cycles arranged for solo piano. This idea continued and grew, with other notable examples such as the legendary violinist Jascha Heifetz (1901-1987) playing George Gershwin songs on his recitals.

Luke Spence’s CD is unique and notable for several reasons. It is not uncommon for trumpeters to turn to vocal music, for the opportunity to play lyrically and also to explore various composers’ works who did not specifically write for solo trumpet. Luke fulfills these areas admirably, performing with a beautifully nuanced sense of line and phrase throughout, and explores literature that is all but unheard of from any other trumpeters. (And let it be noted here that for this CD Luke has chosen to use a cornet, the more compact, intimate cousin of the modern trumpet, a decision that is perfectly suited for the aural soundscape he intended for these songs.)

There is a deeper level to what Luke has accomplished here. He has studied the implications and nuances of songs sung in different languages, searching for insight into how different syllabic accents and vocal intonations of pronounced vowels and consonants may affect how a specific composer’s music might be approached by a trumpeter – this is why he has chosen to call his adaptations “translations” rather than “transcriptions.” There is the very real possibility that this level of detail might not be clearly noticed by many listeners, but such is the depth of Luke’s searching that what he has gleaned does, in fact, inform his interpretations, and I believe there is inevitably an indirect affect on any listener’s aural experience with this recording. To any great art there are always varying levels: clear visceral perception; veiled depths of meaning; and nuanced details that actually cannot be directly identified, not consciously perceived, a fleeting evanescence that marks the most gratifying aesthetic experiences.

Luke’s choice of repertoire deserves special attention, specifically his attention to the Second Viennese School (Schoenberg, Berg) and the music that frames this explosively creative period: Mahler (both Gustav and Alma), Lili Boulanger, Poulenc, Messiaen, and Ravel. There is a delicious sampling of American music by Charles Ives, Florence Price, and Leslie Adams. That he has brought us two selections, to conclude, from Libby Larsen’s cycle Love After 1950 is the perfect reminder of how much ironic fun can be found in contemporary music.

As satisfying a recording as I’ve heard in many years; immediately attractive and pleasurable on first hearing, and worthy of repeated exposure and study." 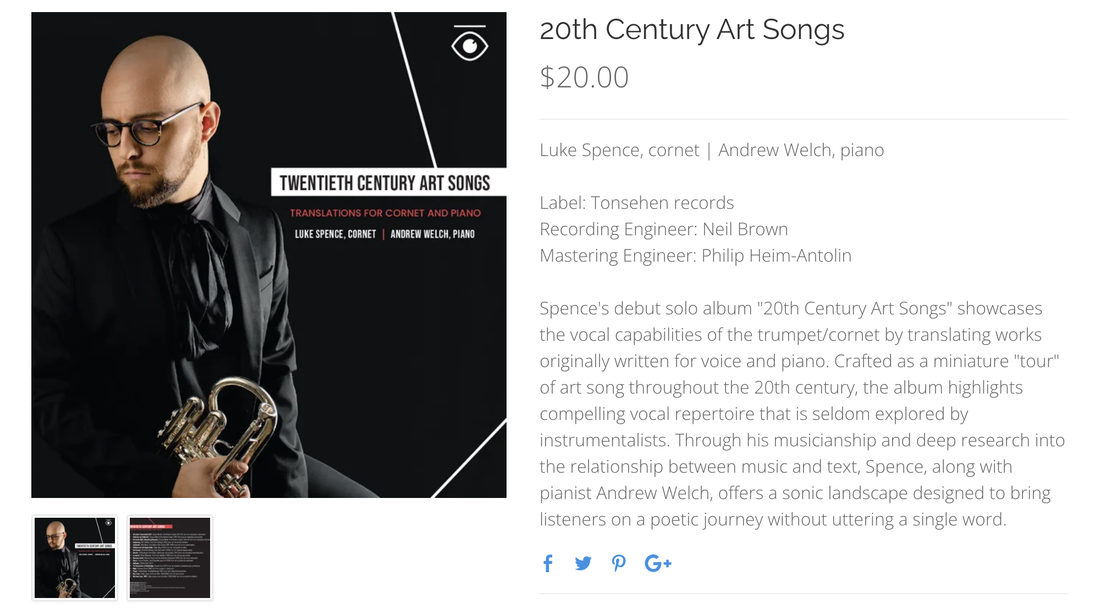 ​August 1, 2021: Dr. Spence will be joining the faculties at Frostburg State University and Frederick Community College this fall!
​ 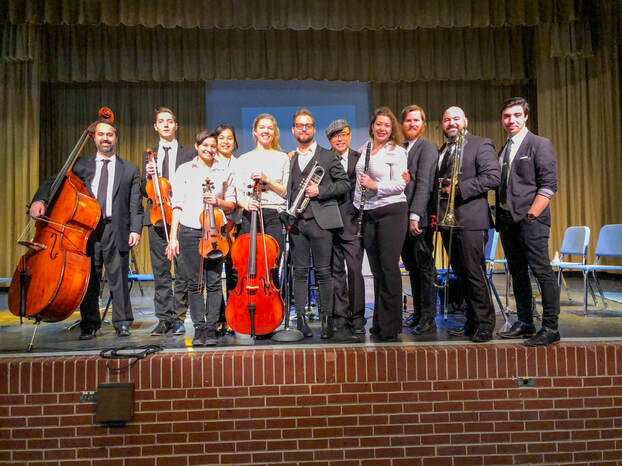 November 18, 2017: Performance of Claudio Monteverdi's groundbreaking Vespers of 1610 at the John F. Kennedy Center for the Performing Arts with The Washington Choral Arts Society, The Thirteen, and period instrument orchestra conducted by Scott Tucker.

September 27, 2017: View pictures from Spence's performance of the Haydn Trumpet Concerto with the Washington Sinfonietta

April 10, 2017: Refuge Through Music
​This concert with Gourmet Symphony and the Refuge Orchestra Project raised more than $5,000 for the International Rescue Committee and the Hebrew International Aid Society which help support asylum seekers abroad.

March 20, 2017:
Spence was recently selected to be a part of the 2017 American Institute of Musical Studies (AIMS) Festival Orchestra. From July 4th - August 12th he will be based in Graz, Austria performing with musicians from around the world for this ​renowned opera festival. Click here to view the performance calendar.